On October 6, we loaded the car and headed to Franklin, IN for their annual Fall Festival. We enjoyed the cute parade, which I think every resident of Franklin participated in. Then we headed to the Fourth Annual Dachshund Derby.

What a hoot! There must have been at least 100 Dachshunds competing on a closed course race. We entered our little Spud and had a blast attempting to get him to participate. They organized the race by age of the dog- Cocktail Weenie, Ball Park and Hot Dog. At two years old, Spud was a Ball Park!

During the practice rounds, he wanted absolutely nothing to do with the race. However, during the actual competition, Spud actually made it down the course toward Hunter at the finish line. In a hilarious turn of events, he was unable to locate Hunter, so he turned around and ran the entire length of the course, jumped the hay bale barrier and nearly plowed me over on the bleachers. ha! What a smart pup!!

Although he did not win, Spud had a blast. Marilyn on the other hand slept the entire day and did not even know we left home. 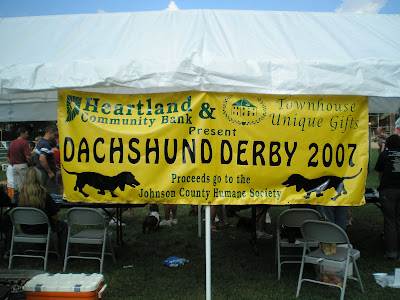 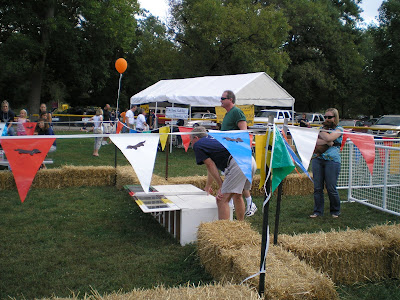 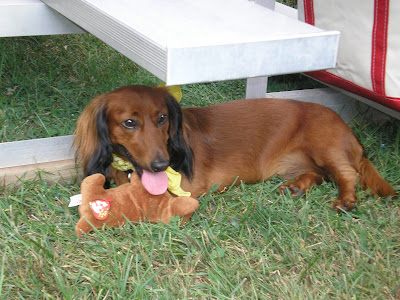 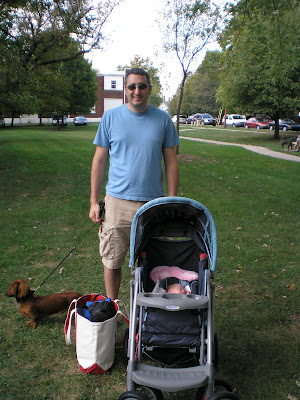 That is one very cute dog!

It does not surprise me that Spud is now a Derby Dog... You probably remember the Jack Russell races @ the practice steeplechase... Looks like he has real talent...
Dad